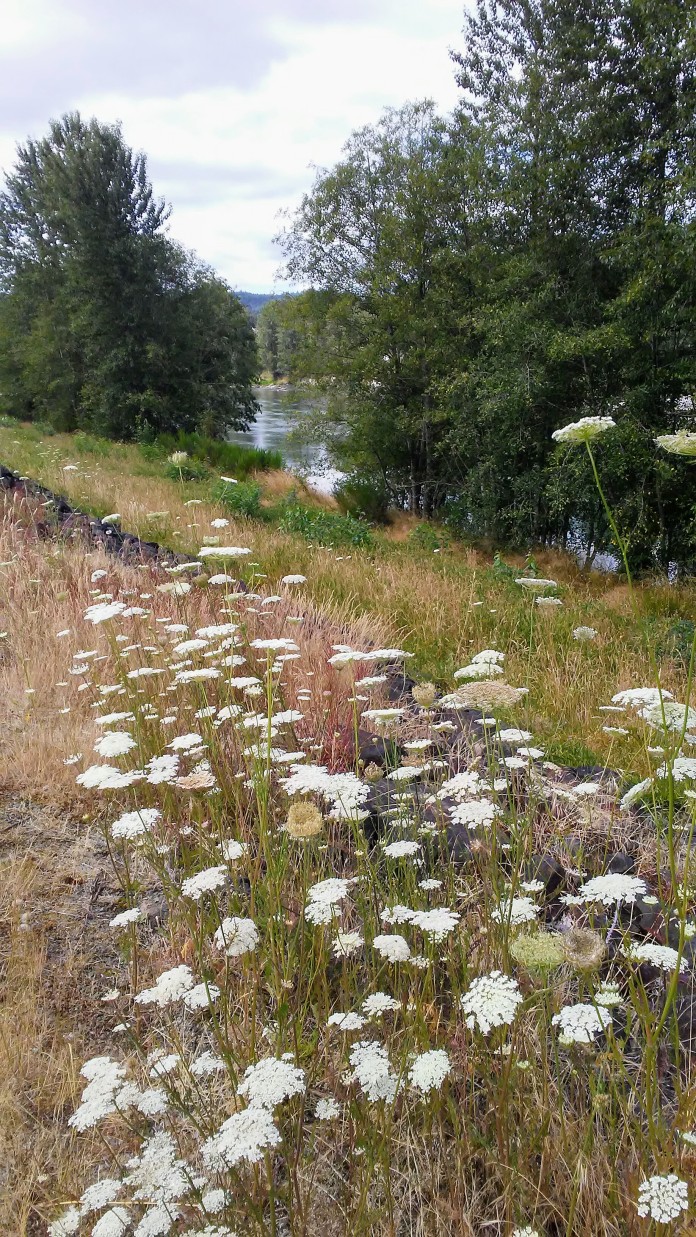 I entered Washington via Ferry from Westport, Or to Puget Island and over the Columbia by bridge. ‘Spent one night vegging out on TV at a Motel 6 in Kelso (after a long warm afternoon charging at the Berry Patch Restaurant in Westport.) In the morning I charged without incident in Castle Rock Washington, a sweet little town on the Cowlitz River and then made it up to the Eastcreek RV Park for the next night. 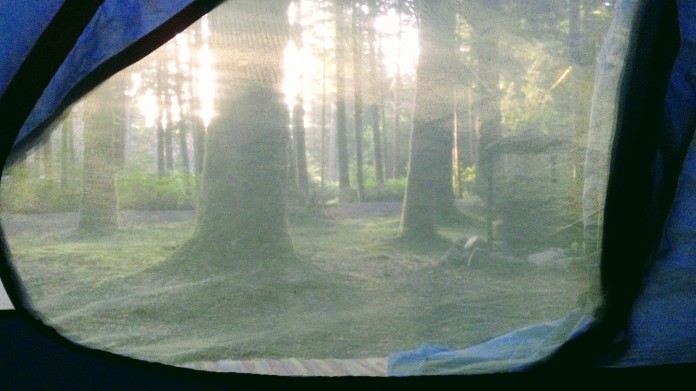 First I lost some of my charge going the wrong way out of the RV park then I drove away from Mt. Rainier instead of toward it… probably another mistake. 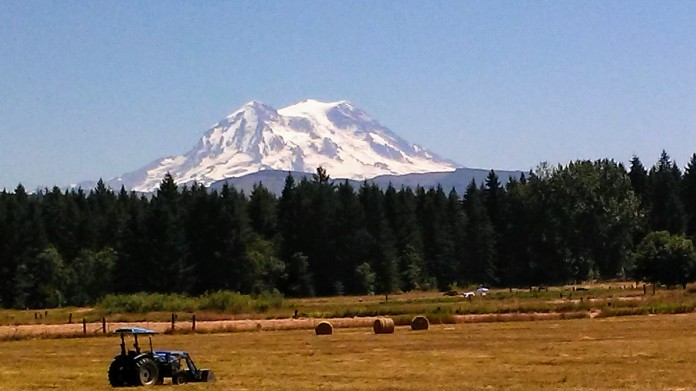 I thought I was going to have a leisurely drive to an RV park in Puyallup but that town sprawled for miles and when I got where I was going I didn’t want to be there so then I started looking for a charger.

So I followed an app to Federal Way. Apparently there was one in a mall but I could not find it. I was used to the big green towers of Plug Share in Oregon and EV signage… neither of which Washington has. After that I tried at a Fred Meyers in the community of Kent, again struggling through lots of traffic but still on my original RV park charge. That’s when I met up with Blink.

Blink seems to have the Washington market. They are slender, nondescript gray towers. The first one didn’t work at all and the next one gave instructions I couldn’t follow so I called, took a brief survey before the line hung up on me. No Blink for me. 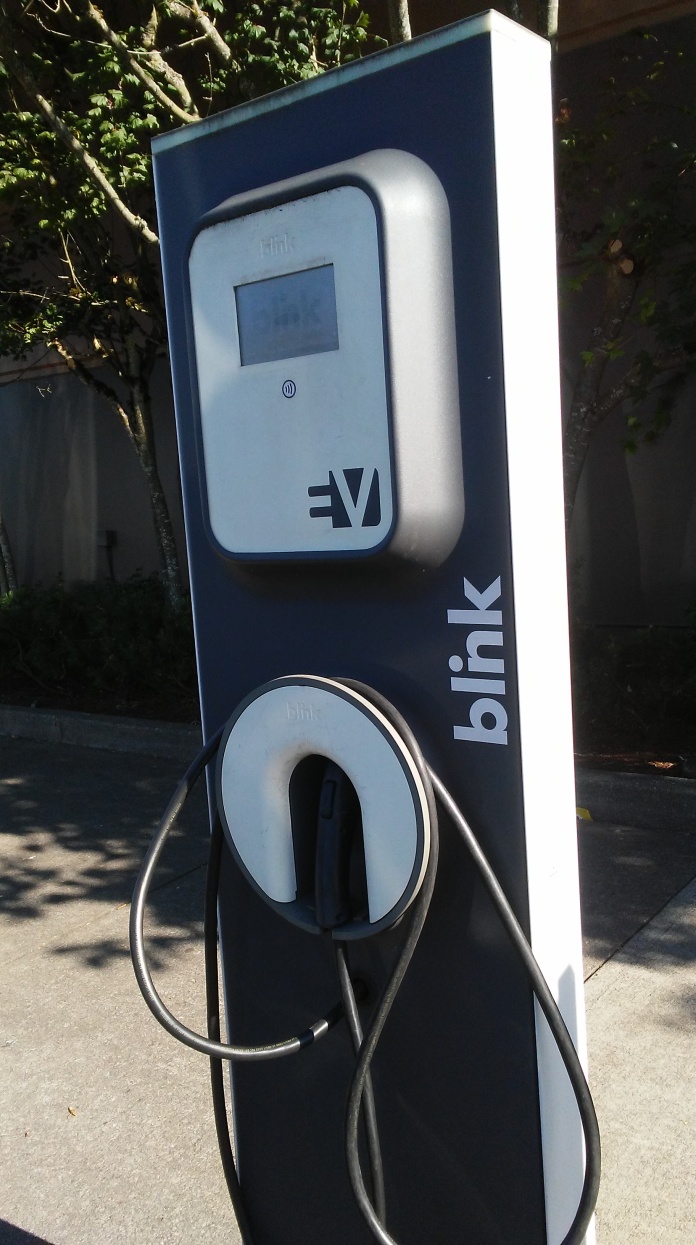 At that point I called friends from Chico, Steve and Charlotte Goldsmith, who have a summer home in Kirkland. To get to them I had to drive about 25 miles on gas but I was absolutely done by the time I’d called them. I’d tried RV parks and Airbnbs and come up with nothing. It was time to ask to be rescued and now the car is charging from their garage and Selkie and I are in hog heaven after being fed and having a lively conversation with people I actually know and like! What a Lucky turn of events! 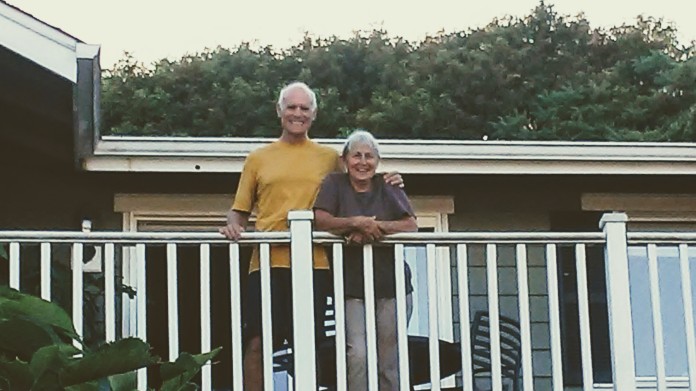 I have now signed up for a guest Blink account and are feeling more confident for the last leg of Washington that lies ahead. So Grateful for these Good People!

The Oregon Coast has been a beautiful blur. I especially liked the last miles I travelled last night between the Tillamook Fred Meyers and the Cannon Beach R.V. Park where I spent the night in the car because of their no tent policy. The magic of the state starts for me with the huge rocks off Pistol River — I recall the same thrill in 2007. 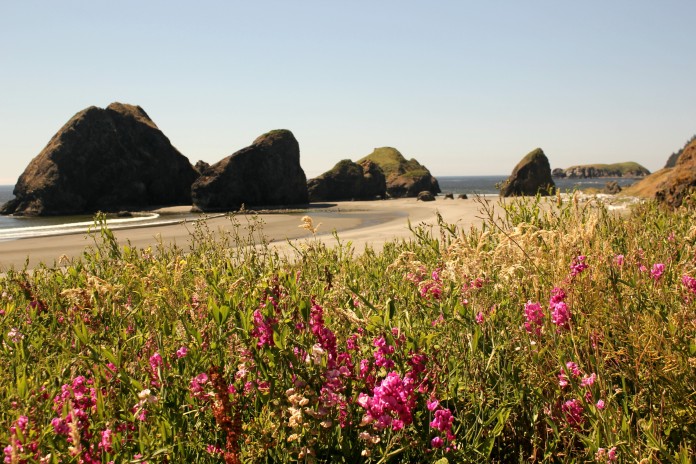 I’ve been hours and hours charging. My first charge after Klamath was in Port Orford where there isn’t much to do. I did cause a bit of a stir–  You know how they show the boy scout leading the old lady across the street? Selkie and I were idling on a corner of Hwy 101 as I deliberated walking over to the grocery store. A biker “dude” (ie stereotypic Harley kind of big guy,) stopped to let me walk across the street, someone went around him. He got pissed and tried to slow the next car down with his hand then on the third car he swerved and turned his bike parallel into the traffic. At that point I sprinted across the street and blew out some weak Thanks yous in an embarrassed attempt to escape possible bloodshed from his unwanted chivalry.

After that I camped (and charged) outside of Bandon but woke in the morning to steady drizzle. It was my first real experience with a conundrum. My tent was wet and everything was going to get wetter in loading the car… what would I do if it was two or more days like this? I managed to get on a charger at an RV park next to Siltcoos Lake later in the day but it wasn’t much of a charge because I couldn’t wait it out. (Long story.. unsure if it is worth telling.) 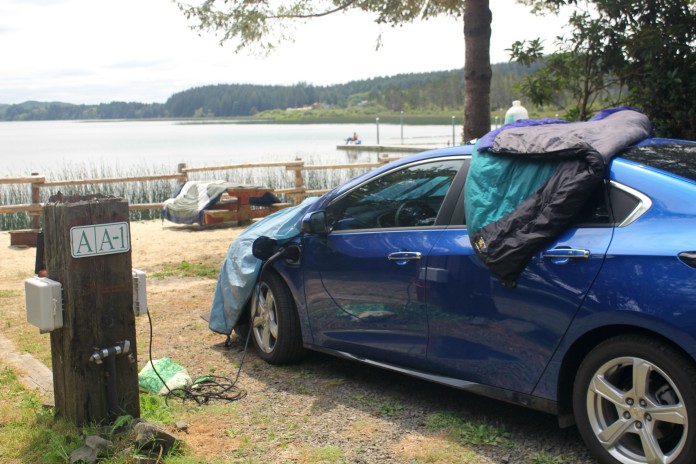 I thought I was going to be able to charge in Reedsport but the message I got from the AeroVironment (AKA Plug Share) phone connection line was they were updating software and to try again tomorrow. (AeroVirnoment, besides having chargers up the coast also has tactical surveillance and killer military drones… quite the irony for me.)

After running some on gas I made it into a KOA in Waldport for the night and charged up there enough to make it to Lincoln City where I found a Charge Point charger and had a sweet short walk to the beach to watch over a hundred lounging seals at the inlet of the Siletz Bay. That took me to Tillamook where I doodled around trying to find a reservation for last night. The weekends in summer are seriously crunched with visitors along this stretch closest to Portland and I was very grateful to have been able to sleep on the lot here by the charger.

Today I’m on to Astoria at the mouth of the mighty Columbia River then inland to my next charger at Westport. Last night the glint of the light on the sea and the constant rolling turns put me in a state of muted bliss. This is really the place to be in summer… I should have and didn’t stay longer and for that I have regret… will there be a next time?

Just FYI, here’s what a fully charged Volt dash looks like (the green column) but I keep very little gas (blue column) because it just adds weight.  Having a full charge is such a satisfying feeling.  Now, out of the Rec Room with little kids playing pool behind me (and getting jabbed a few times by accidental pool cues,) and out onto the road. 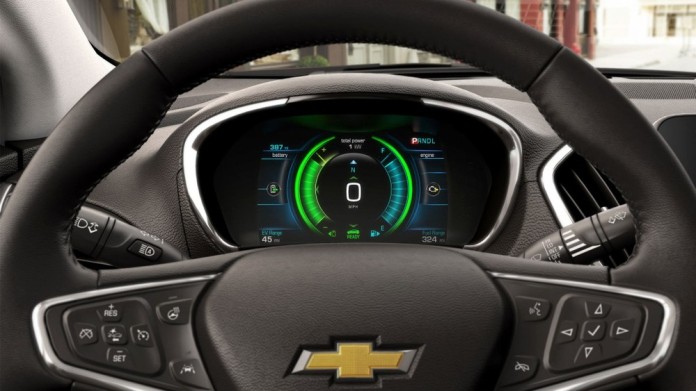 It took three days to get from Chico to Arcata. First night to Lee Rigg’s where I only got 35 EVs, then to Bigfoot RV near Junction City where I got 50, then a blessed quick charge in Willow Creek at a bonified charging station which brought me to Arcata.

Angela is one of my oldest friends but I’ve known her kids since they were babies, so all their lives. We’ve never been close but I care deeply about them and now that they are 18 they are seriously simmering in potential and danger. I have almost forgotten how this feels as Orien is a full on adult now at twice their age.

Angela and I have talked about death since we were 18. We spoke of the Abyss, the Void and the Great Sadness in those days but I have gone on to explore these realms as Universality, the Space of Consciousness and Transcendence. When we are together we still send feelers out into how we are declining, what we might do to end it if it becomes intolerable, what a mess we may leave behind… all fun stuff but needing attention or we wouldn’t periodically get together to check in on these seemingly depressing projections. Today there was an article in the Chronicle about Alzheimer’s and word finding and “ums” as a predecessor of the disease… we circled that topic with our concerns too—how do you know when to pull the plug?

Selkie and I left Arcata with 64 EVs and a good score of plus 250MPG. We made it to this RV park on the Klamath River at 3pm with one EV to spare. The sweet cool beauty of the coast with the peekaboo sun and lovely coastal fuchsia and nasturtium bring peace to me after struggling with the heat for these first months of summer.

I left July 15th in keeping with the 10 year anniversary of the start of the Veggie Voyage. (www.veggievoyagers.blogspot.com) The Slow Volt may speed up in Oregon where there are chargers at regular intervals and I won’t have to rely on 12 hour fixes from 120v outlets. My job in all this is to stay conscious… not to mess up with the car or lose anything but also to treat each precious moment as sacred because now I know for sure there aren’t all that many more left. (I turned 70 last month.) My other job is to make the ferry in Bellingham at 3pm on the 28th and this is to be achieved on all electric charge in honor of our historical loop around the lower 48 on straight veggie oil in 2007-2008.  Here’s a photo from our 7/15/2007 launch—- 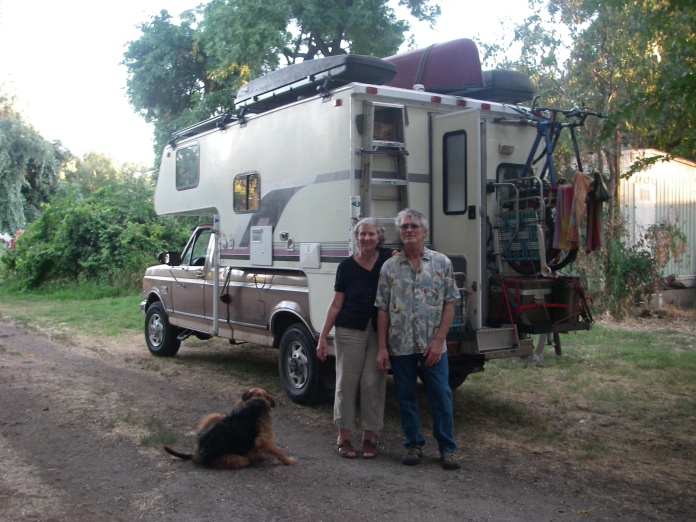 (I know, I didn’t mention Michael once! I had to stop blogging because I felt like I was repeating myself and wallowing but now I’m ready to start again with this Answering2Life project. Photos from this trip are up on facebook now. Peace to you good reader.)